Home / Questions / Dating a bipolar psychologist
SIGN UP FOR OUR NEWSLETTER

My psychologist boyfriend is bipolar and completed DBT training- but we always fight! After dating me 2 months he’s diagnosed me with borderline personality disorder, and uses his diagnosis to win arguments- Driving me crazy. Isn’t it dangerous to diagnose your own girlfriend? Feels controlling.

One of the most difficult things to do when a person is emotionally involved with someone, is to objectively give an accurate diagnosis. This is why it is unethical for psychologist to complete assessments with family members. If your boyfriend is really concerned about your mental health, he needs to support you in getting an accurate assessment done with an objective third party person. I would even suggest for you to make an appointment with a professional (who isn’t emotionally involved with you) in order for you to have an accurate assessment.

You may not have a borderline personality disorder. Some of the borderline symptoms are related to attachment issues (these symptoms will show up most often during conflict). I suggest reading the book “attached”.

Even if you do have borderline personality disorder, conflict needs to be handled in a healthy way. In healthy relationships, conflict is not about “winning” the argument. Rather it is about getting to know and understand the other person better so you can start to see things from his/her point of view.  Just because a person has borderline personality disorder does not mean they are not intelligent, and does not mean they are not “right” from time to time. So when you say he uses his diagnosis to win arguments, it concerns me because someone who is borderline still has the right to their thoughts and opinions and those thoughts and opinions are allowed to be expressed.

For effective conflict resolution to take place, the conversation has to be respectful. You need to address the issue as a mutual team, and not see it as “winning an argument”. How can the two of you act like a team whether you have borderline personality disorder or not? I suggest reading John Gottman’s book, “The Seven Principles for Making Marriage Work” (even if you are not married, it is a good book about how to work as a team during conflict). You may want to start with Chapters 8 and 9; “Solving your Solvable Problems” and “Overcoming Gridlock”

Just as a side note, whenever a person completes a training, they are often hyper sensitive to the signs and symptoms of the disorder they just learned about. Studies show that after taking an Attention Deficit Disorder course, therapists are more likely to diagnose the disorder ADD (compared to average), and then the rate slowly goes back to average after some time has passed. 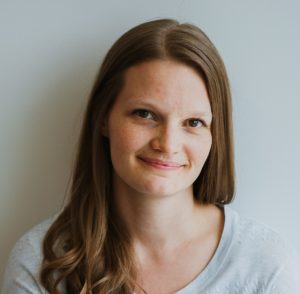