Home / Questions / Should my ex-wife tell my son he is a sperm bank donor baby?
SIGN UP FOR OUR NEWSLETTER

Should my ex-wife tell my son he is a sperm bank donor baby?

Ask A Therapist Online › Should my ex-wife tell my son he is a sperm bank donor baby?
0 Vote Up Vote Down

Should my ex-wife tell our 16-year-old son that he is a sperm bank donor baby when we agreed that we would never tell him?

1 Answers
0 Vote Up Vote Down

Thank you for your question as to whether or not your ex-wife should tell your 16-year old son that he was a sperm bank donor baby when you both had previously agreed you would never tell him. By your question, it sounds like your ex-wife may be rethinking her earlier promise, a commitment that was important to you, especially in relation to your son.

What is a sperm bank?

For readers who do not know about sperm banks, they are centres that provide couples wishing to have biological children and are experiencing fertility problems, the opportunity for building a family through donor conception (DC). When donor insemination (DI) occurs at a sperm bank, the approach means that the child has a genetic link to the mother and an anonymous sperm donor provides the sperm to fertilize the mother’s ovum and determine the sex of the child.

Sperm banks require donors to relinquish parental rights, undergo a psychological examination, and to provide a medical history. Also, some centres screen the sperm donor for STI’s, and genetic conditions like cystic fibrosis, cerebral palsy, and sickle cell disease. Recent statistics suggest that there is an excess of one million people in the world that are born by way of donor conception, also known as donor insemination.

Do parents tell their children?

Like you and your ex-wife, research has shown that the majority of parents who conceived using DI did not plan to inform their children. Also, many couples that initially thought they would tell their child about their origins actually did not. Parents wanted to disclose how their child was conceived, but in the end, they seemed uncomfortable and afraid to share. Most of the discomfort in revealing the conception of children by DI was more prevalent for fathers than for mothers.

Keeping the secret of DI when conceiving your son may have served to protect your relationship with him, and possibly confirmed the position of you as his father. The nondisclosure may have minimized the sperm donor for you and your ex-wife, and as such was way for all of you to regard the family as typical as other families. Also, it may be that you and other fathers in this situation might fear that their child might reject them after disclosure.

What does the research say?

However, research into family dynamics suggests that big secrets overt time threaten and harm family relationships more than the truth might. Holding big secrets can affect families as they create triangles that keep some people in the know and others out. Also, secrets can result in communications marked by avoidance, psychological distance, and growing dissatisfaction in the family. Other factors associated with family secrets include the disappearance of genuine conversations and relationships become untrustworthy.

If your ex-wife chooses to tell your son that he was conceived by DI, it will be essential for you to create a space for your son to talk with you about his feelings regarding his origins. Also, it will be important to trust your son should he find himself wishing to pursue the knowledge of his donor and to support him in his efforts to do so. Your good relationship with your son and the strength of your bond may, in time, offset the impact of the news. It is hopeful that as you move forward with your son with increased honesty and transparency, your ties as father and son may become deeper and closer. 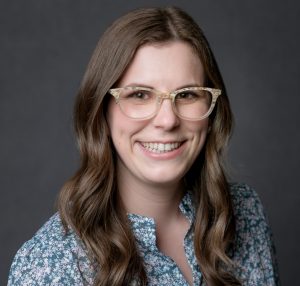