Home / Questions / Was this really his reason?
SIGN UP FOR OUR NEWSLETTER

Was this really his reason?

Ask A Therapist Online › Was this really his reason?
0 Vote Up Vote Down

My boyfriend and I have been together for a year and four months. Up until yesterday, he has never lied to me, never kept anything from me, and I have always been able to prove his honesty and trustworthiness. Always. Yesterday I wanted to make something sweet for him and put it in his favorites on his Youtube account, so that he would see it when he logged in. I was working on it and I couldn’t remember what I had been looking for and I went to the search history thinking nothing of it, and there was a bunch of nasty stuff. Girls making out, girls dancing on each other, sexy asian girls, sexy hispanic girls, etc. I was in shock. I didn’t know what to think. I waited until the next day, when he was at my house, to confront him with it. His heart started pounding and his eyes filled with tears and he pulled me close to his chest and kept saying, “I love you, I love you, I love you.” And I got angry because he woudn’t tell me anything. And finally he was like, “I don’t know what that is and I don’t know how it happened.” And so we stared at each other for a long time and then he was like, “But it was me. I did it.” And he started begging me to listen to his explanation, and not leave him, and he was sobbing and tugging on my clothes and pleading with me. I decided to listen to his explanation. My boyfriend has a lot of mental issues. He was physically, emotionally, and sexually abused up until he was 15. He has always been confused about who he is supposed to be, because he also has Asperger’s, and extreme ADHD and he’s really weird. People have never accepted him and he’s tried his whole life to be what people consider normal. He’s tried not to be a freak. He has been to the point of considering suicide and he has depression problems and abandonment issues. He’s never known if he was Gay, Bisexual, Heterosexual, or just nothing. He said that he never felt any kind of attraction to males or females until he met me, and then the attraction was the strongest thing he’d ever felt. A few months ago, we had a really serious misunderstanding and we fought constantly. We literally fought all the time. I threatened to leave him at least twice a week. He said that the reason he looked that stuff up was because we had been fighting for two days straight, non-stop, and he was sure that I was going to leave him. He said that he just wanted to be normal. Since I was the only person that had ever accepted him for who he truly is, and I was the only person he had ever been attracted to, he thought he was going to go back to that constant state of confusion and rejection and he couldn’t take that so he wanted to be what everyone considers a “normal guy.” So he did that. He swore that he didn’t actually look at any of the stuff because he couldn’t bring himself to do that, he just searched for it and scrolled down the page. Which that is true because on the seach history none of the videos were actually watched, just searched for. When I asked him why he kept it from me he said he was always going to tell me but he could never find the right time. He said that it had nothing to do with wanting to look at other women or anything like that, it was just about trying to be normal because he thought I was leaving. He has always been the most respectful, honest, loving person I’ve ever known. I’ve never had to worry about him and other females, nothing like that. I don’t know what to make of this.I mean should I believe that? That it had nothing to do with sex and that he just wanted to try and feel normal because he thought he was going to lose me forever? 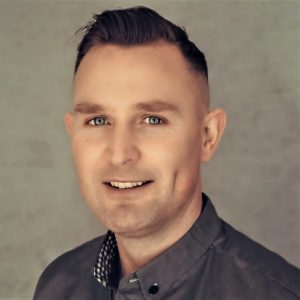