Home / Questions / How can I handle my abusive father?
SIGN UP FOR OUR NEWSLETTER

How can I handle my abusive father?

Ask A Therapist Online › How can I handle my abusive father?
0 Vote Up Vote Down
Anonymous asked

Trigger warning – this question contains content that may be uncomfortable to some. Also, this question has been edited for clarity:

I have an extremely narcissistic father and he wants to completely control me forever! Help! Please, he says that if a father tells his son to drink his urine, he should do it. He physically and emotionally abuses me for no reason at all every day and wants me to be abusive my mother and sister. And yet at the same time claims that he loves me more than anything else. I guess this is because he is struggling to control his aggressive sadistic temper. He does not believe in anyone and anything, and sees himself as above all others. My father’s father was an abusive Muslim man, who raped his daughter in Iran. As a result, she committed suicide. And yet my father does not tell me anything about her. My father tells me that he always loved the moment when his father was abusing him and kicking him, because it was a scared blessing from god. Please help me! I don’t why he does this.

It sounds like you’re facing a very serious and challenging issue. Your father’s behaviour, as you’ve described it, is abusive and may be considered child abuse depending on how old you and your sister are. The Government of Canada provides some definitions to help you distinguish the different types of abuse. Physical abuse and some forms of emotional abuse are crimes in Canada, regardless of age. In Canada, “every person… has the duty to report known or suspected child maltreatment by law.” You can find more information on child welfare and duty to report on the Canadian Child Welfare Research Portal. If you do not reside in Canada, you can review the definitions and laws in your country. Even if a particular type of abuse is not considered a crime by law, it is still wrong.

The first priority is to ensure that you are physically safe. One step you can take to keep yourself safe is creating a safety plan.

It’s also important to engage in emotional safety planning. People who are exposed to abuse often experience various mental problems, such as depression. Our bodies are not meant to be constantly alert and on guard for violence. If you’re living with someone who abuses you and those around you, your body is probably in a constant state of stress, which can have serious emotional and physical side effects. Abusers often use manipulation to convince the person being abused that they deserve it and to minimize the problem. This can be confusing for the person being abused, especially when the abuser is someone close to you.

To mitigate some of these potential side-effects, the National Domestic Hotline recommends that you seek support (think about who you can talk to, such as other family members, trusted teachers, etc.), create or find a safe place for yourself, and remember that you deserve kindness from yourself and others.

I can’t say with certainty why your father behaves the way he does, but I can speculate based on the information you’ve provided. It is possible that your father’s abusive behaviour stems in part from his own history of abuse. Although there is no conclusive research showing that people who are abused as children are more likely to abuse their own children, much behaviour is learned by watching others. Cultural norms and hyper religiosity may also factor into his behaviour. He may have adopted certain ideas and behaviours from what he’s been taught and how he witnessed other people behaving throughout his life. Another common reason some people abuse others is that they are insecure and controlling others through fear gives them a sense power. When it comes to parent child abuse, children might feel a need to excuse and defend their parents’ behavior because they rely on their parents to fulfill other needs. This common desire to defend the abuser may be one reason why your father rationalizes his own father’s abusive behaviour.

You can contact your local therapist for more help or you can contact Insight Psychological to book an appointment (in-person in Alberta, Canada and online counselling are available).

The Government of Canada website lists various resources for you to access. Wikipedia also has a list of hotlines by region, which you can call to get confidential help over the phone and, sometimes, through an online chat system. 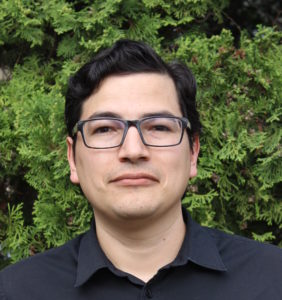