Hi! I’ve been having a hard time these past 8 and a half months. My father passed away in late november 2011. Before that, in the summer of 2010, his lungs had collapsed and after nine weeks in the hospital, he was finally able to come back home, but with a permanent feeding tube. He wasn’t able to eat or drink by mouth. In November 2011, he needed an emergency tracheotomy because his throat was closing up. In the operating room, his heart gave out and he passed away. This was the day after his 69th birthday. I’m having a really hard time with this. I feel guilty. He woke up at 3am that morning. I was still awake (as I work at night from home), so I grabbed a blanket and covered him up on the couch downstairs on the main floor. I kept asking him if I should call an ambulance. He said no. Three days before that, we called 911 for difficulties breathing and the doctor examined his throat and gave him a throat spray. That’s the only reason I didn’t go against my Dad’s wishes and call 911 at 3am. It was because the emergency room doctor examined him three days prior to that and said that throat spray should do the trick. At around 7am (of the current day I’m talking about.. His passing), I called 911. They rushed him in. They said he needed an emergency tracheotomy as his throat was closing up. He told me he loved me and was wheeled into surgery. His heart gave out in the operating room. He passed away. I have soooo many wonderful memories of my Dad, but the only memories that keep coming into my head are the ones where the doctors come to the room to tell us that they’re sorry. The priest telling us that he gave Dad the last rights in the operating room. Plus the first person I ever saw like that (passed away) was my father. I spent a long time kissing his cheeks and hugging him while he was already passed away. I kept saying “wake up, Daddy, wake up”. That’s all I seem to think about. I’m also not sleeping at night. I thought it was because I’m not too fond of the dark, but the more I think about it, I think it’s because my Dad passed away in his sleep (under anesthesia) and I guess I’m afraid of the same. I also have many many panic attacks. My question is, do you think this is post traumatic stress? Or is this normal grieving behaviour? Oh fyi, I have never ever thought of harming myself or others. I know that’s a common trait in depression as well as PTSD and I just wanted to make clear that no violent thoughts have ever occured to me. (I’m 32 years old in case you were wondering). Thanks for your help! 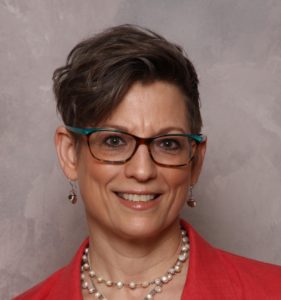