I am lost and bewildered

I have two children, a girl 24 and a boy 23. I was a single parent all of their lives. I was raised in an alcoholic home, that the police knew well because of the fighting – verbal and physical – with my mother and stepfather. I was determined that I would give my children a stable loving home. I did. Through a very powerful spiritul experience, I found myself and became strong as I grew in God. My children were involved in many activities in and out of church growing up. Lots of love and a good home life. I was a good cook too. I trusted few people with my children. As they both grew older I realized that they had been molested by my God father. I was enraged. My daughter has a son with autisum now, and will not see me because she feels that I should have protected her. She also feels that I was a religeous fanatic because before they started kindergarden, we went to church everyday. It was a part of our scheduel. We would get up early and go to church, 1/2 hour during the week, visit with the people, then go home have a snack and then out to play. Lunch time and a nap, then swimming or what ever lessons they were in and supper and relaxation and bedtime. When they started school we went once a week. My son stayed home longer and we ended up buying a house together. And he became gay. At first i was angry and told him how wrong it was and that those kind of people went to hell. Then I thought it was because of the molestation, and that he could be fixed with prayer and love. Now I have come to see that it is who he is. We have been in our new house a year and a half. He wants out. but I cant afford it on my own. So now that the land scaping is done and I have found one renter for a room and am looking for another, so that he can leave. He, it seems to me , hates me. He has a partner who I really like and accept. I dont accept when they wake me up having sex . I dont accept them having sex with other people in the house. I have lost my daughter, my grandson, my son, my God- for I cant think of him without being enraged, and I have lost myself. I am a very loving and giving individual. How has this happend? How do I find me? I am now broken angry and mystified.

Wow Dawn, it sounds like there is a lot going on for you. You did your best at creating a loving and supporting home and now you feel like you are losing those who you worked so hard for. It sounds like you put a lot of effort into creating a stable and healthy relationship with your children, and now that their paths are separating from you (which has resulted in a loss of contact from your daughter), you are trying to figure out a way to save that relationship. No wonder you feel lost and bewildered! This feeling of being lost is actually quiet common for parents who are transitionaing as their children leave home. You put so much work into nurturing your children, now it’s time to nurture yourself, and this process may strengthen your relationshiop with your children I would highly recommend coming in to Insight Psychological to talk to a counselor here. We can help you sort out your complex situation and discuss how you can reestablish your relationship with your children and yourself. Perhaps after you have completed some individual counseling, your children would be open to doing a few session of family counseling to find closure on some of the hurt that has taken place. 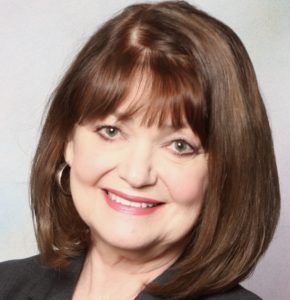