Home / Questions / Husband with Bipolar Disorder
SIGN UP FOR OUR NEWSLETTER

To begin, I will give you a brief description of my current situation. I am currently separated from my husband and we have an almost 4 year old child together. Since the birth of our son, my husband has displayed many different moods behaviours that have caused termoil in our marriage. He had withdrawn from our relationship completely, went through depression, lost his licence due to drinking and driving. had a breakdown and left me. Last year he has been diagnosed with “depression” (what I see is definitely bipolar disorder but he or his family have not admitted to it). About a year and a half ago (prior to his diagnosis), he suffered a nervous breakdown and left me. While I would reach out to his family for support (as I didn’t know much about bipolar disorder before), I did not received any kind of support from them. They have not even supported by being there for their son. As his wife, I was the one to fax my husband’s doctor a letter outlining my concerns about his mental instability (unable to hold down jobs, insomnia, depression, etc.). I also know now that several of his family members also suffer from this disease. Everything had been “hidden” before we got married and nobody talked about it, not even my husband so I was unaware. I am struggling with the fact that his father is controlling (he seems to have a narcassistic personality) and his mother also suffers from bipolar disorder. From the time my son was born, my husband’s controlling paternal grandmother and father and his mother have made up terrible lies about me and want to control everything we do. I will not allow these people to control me and I have been assertive and stood up for myself. These vicious lies were spread throughout my husband’s entire family and none of them speak to me. I asked my husband why they say these things that are not true and when my husband tells them their lies are not true, they don’t want to believe it. None of his family are involved in their grandchild’s life,by choice. I really think they have done this because they couldn’t “control me”. So now, I have been dealing with my husband’s bipolar disorder and his controlling family. After my husband left after his breakdown, he received treatment at the hospital, but I don’t know the extent of his therapy but his family “moved” him away so that he could upgrade his qualifications to get a job. They never contacted me or discussed anything with his wife. There has been no consideration of his wife or child in the matter. Given the mental state that my husband was in, I was also blamed by him for everything.I know that my husband is very sick. He does not communicate effectively with me at all. He doesn’t email or call very often (maybe email once a month and never asks about his child). His moods seem to change (I see different sides to his personlity – sometimes he will try to empathize with me when I tell him about my concerns and other times he seems to be siding with his parents who seem to try to “work on him” by controlling and brainwashing his thoughts. My husband seems to be caught in between his controlling parents and his wife who is struggling to cope with all of these issues. To him, our marriage has suffered and I have never been a priority to him (he can’t handle much of anything). His defence mechanism is to drink, to give the silent treatment and to run far away from everyone and everything. Which leaves me here…so hurt and abandoned and scared for our future. I know that he is the one that needs to want to be helped. I have been in a support group at a local mental health organization over the past year. I have spoken to my parish priest and an online phone counsellor. While my husband has recently said that he would try marriage counselling to “consider all sides”, what advice can you give to me at this point in time? I am trying my best to focus on healing, spending time with my son and trying to normalize the situation, focus on my work and spend as much time as I can with my family and friends. I feel so undeserving of the way I have been treated over the past several years. Especially with his controlling family, but also with a spouse who is very ill. I worry about how these people will be around my son down the road and what they will tell them about me (based on their lies). Please help! 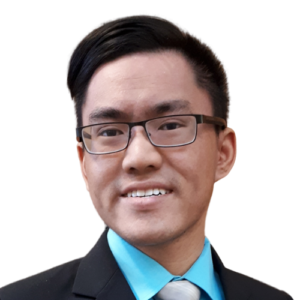