Home / Questions / How to let the past go?
SIGN UP FOR OUR NEWSLETTER

How to let the past go?

Ask A Therapist Online › How to let the past go?
0 Vote Up Vote Down
Anonymous asked

So, 2 1/2 years ago my husband and I had been married for almost 4 years with 2 kids (a 4 year old and a 3 year old) and our marriage was falling apart. My husband wasn’t working, was drinking heavily and was depressed. We fought constantly and he threatened divorce often. I always told myself it wasn’t me or our marriage… it was because he was depressed. (He had a habit of giving up on everything. He had been through so many carriers, homes, ect.) I was sure something would happen. He would get a job and everything would change. Then the day before Valentine’s day that year, he could find his phone and became hysterical… he eventually left out of frustration and I found the phone… my heart broke as I checked the messages and discovered a text stating “I cant wait to see u tomoro =) its valentine’s day” to another woman. I confronted him, and he claimed to not remember sending the text… he blackout drunk. So I checked the phone records and he had been texting back and forth to her for over 3 months! More excuses. Needless to say our marriage did not improve. In April he left to come here to Calgary from Denver Colorado to find work. He was born here in Canada and decided he had to do something to make a positive change in his life and that would be that change. The plan was that he would go, work and then the kids and I would come up in 8 months to a year… so he thought. Mine was that I could not do this any longer. The stress was gone! I found myself singing, and smiling, and laughing as if I had forgotten how to do so. I found work doing focus groups (I couldn’t work full time with the kids and our youngest is Autistic). I had begun seeing a consoler and felt I had was really getting to know me and what I could be… happy. So… then I had to tell him. He had been gone 2 months, and he was so apologetic, and assured me things were different that our marriage would be and so would be his role as a father. It took him a year to convince me… and everything had changed. The kids and I moved here in April and I couldn’t be happier. We both have worked on our marriage and us as individuals. However, I keep having nightmares about this woman he texted ( She is his best friends x girlfriend) and him having a affair. I don’t know how to let it go. I had confronted her when it happened and she didn’t deny or confirm just told me how unhappy my husband was and how horrible I was. My husband had when I got here admitted that the intention of sleeping with her was there but that he never did. He was just that unhappy and he didn’t because he knew it would end our marriage. So things are fine, then I keep having these nightmares. I have asked him about it again and I want to believe him when he says he didn’t sleep with her, but I almost feel betrayed anyway. I just want to put closure on this so that I can continue on with my marriage and personal growth. I just don’t know how. Please. Any advice would be greatly appreciated. Becky

It sounds like you’ve experienced a fair share of challenges within your marriage. Sometimes unresolved issues have a tendency to continue to appear in our lives in different ways such as flashbacks or nightmares. Unresolved issues can include traumatic experiences or the inability to emotionally heal from past issues. Unless we have had a chance to process the experience in an appropriate manner, our past can impact the way we view our present and future circumstances. I would suggest you and your husband meet with one of our counselors to fully process this issue and support you both in moving forward within your marriage. I would also suggest reading “The Five Languages of Apology” by Gary Chapman to begin the healing process. 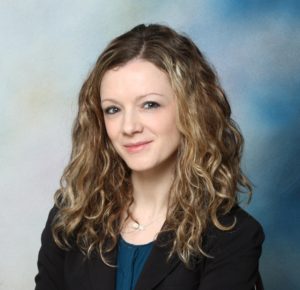