There are a number of factors that can lead a person to contemplate suicide. Plans for suicide are often put in motion following intense life-altering events. These events cause great stress in people but if a person is particularly vulnerable or already dealing with a mental health issue such as depression, they can be the trigger that pushes them to, in their incorrect way of thinking, find a way to stop the pain and follow through on a plan to take their own life. It is their inability to cope with these events that lead to suicide. Events that lead to suicide are called triggering events. Although they contribute to the suicide, they are not exclusively the cause.

These are events that are accompanied by drastic changes in the person’s life – usually events that are characterized by trauma or loss, failure in marriages, in career or in money, or the absence of motivators in their life. Although not an event, clinical depression can and does lead to suicide. It is the leading cause of suicide, and often comes after triggering events occur.

Physical trauma such as a disabling injury from an accident or the ravages of a disease can give rise to feelings of hopelessness, loneliness, and uselessness in some individuals. The inability to deal with Post-Traumatic Stress Disorder or trauma from recent or past events such as sexual abuse, physical abuse, or emotional abuse (bullying and harassment) can also have a severely negative impact on a person’s life.

Failing to pass an exam or make good grades is a common stressor for older students – particularly post-secondary students who may be facing unrealistic pressure to perform and not disappoint their parents or tarnish their family reputation. Fear of ridicule and shame of not reaching a particular goal especially if expectations are large may lead some to feel unworthy, isolated and facing alienation from their family or even colleagues.

Whenever someone has to keep their authentic selves secret – especially in the case of their sexual orientation or gender identity, they experience “cognitive dissonance” (the tensions that’s created when your behaviors and values aren’t aligned). People in this situations can be dealing with severe internal stress of feeling like a fraud versus the risk of rejection from their parents or siblings, and expulsion and extended family, and friends, as well as dangerous discrimination from employers, landlords, and sadly, the general public, if they were to “come out” or be truthful about their gender identity.

Monitoring is the most important way to prevent depression. People who are prone to depression should be monitored after a stressful event. Watch out for:

HOW TO TALK TO SOMEONE WHO IS THINKING ABOUT SUICIDE

There are cases when a friend or family member talks about attempting suicide. In some cases, this may be delivered in a flippant, nonchalant way – but all verbal indications of suicide should be taken seriously. Sit the person down when this happens and listen to them. Ask them these questions gently:

Asking people about suicidal thoughts won’t give them the idea to follow through with suicide. Instead, it could be an opportunity to talk about their feelings which could reduce the risk of them acting on suicidal feelings.

It is also important to tell the person why they are important to you. Depressed people often feel that their life is meaningless. Let the person know how important their life is to you, and how their life brings meaning to your life. Avoid being critical, saying things like “I don’t like it when you talk like that” or judgmental by saying things like “You have such a great life, you have nothing to be depressed about”. These kinds of statements will shut down the conversation and prevent you from hearing out what the person wants to say. Listen to a person if they start talking about suicide and refer them to a psychologist or a psychiatrist for treatment or call 911 if they are in immediate danger of harming themselves and don’t leave them alone.

If you believe someone may cause harm to themselves call 911 or proceed to your nearest emergency room. Mental health emergencies are legitimate emergencies and will be responded to.

Contact the team at Insight Psychological to learn more about how you can help yourself or someone you know who is struggling with thoughts of suicide. 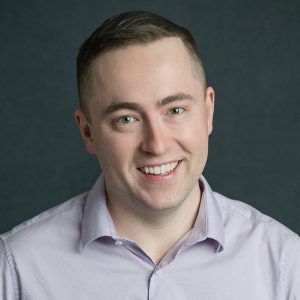