Psychological Cause & Effect of Erectile Dysfunction

When one looks at a lot of the medical literature exploring erectile dysfunction (ED), they tend to quote that the psychological factors are responsible for about 10%-20% of all of these cases.  Interestingly, as a Psychologist, and in my practice as a sex therapist, it is my experience that psychological factors are responsible for closer to 80% or 90% of the erectile dysfunction issues.  As there are a lot of medical causes for erectile dysfunction, these need to be ruled out first.  Prior to looking at psychological effects or causes the common medical causes include Diabetes, history of smoking or alcohol use, certain medications (particularly SSRI antidepressants), aging, testosterone levels and vascular disease.  If these are ruled out, then there is a good chance that it is psychological in nature.

One of the difficult things to realize is that self pleasure is much easier to accomplish than sex with a living being as relational sex tends to be more complicated due to the many feelings experienced, the interactions that are occurring and the expectations that are directly or indirectly brought forward.

What are some of the psychological causes of erectile dysfunction?

Some of the historical causes stem from childhood and can be a result of sexual abuse or trauma or even early sexual abuse or trauma experiences in a relationship. These can be emotionally dragged forward causing individuals to trigger or emotionally flood, thereby leading to erectile dysfunction.  Interestingly, these effects can also be experienced by individuals who are a lot more emotionally sensitive and may be involved with their partner who is been sexually abused and they themselves are being emotionally triggered by their partners emotional responses during their sexual activity.  I have even had a case where an individual was involved in a car accident.  The car accident shocked him enough psychologically that it impacted his sexual functioning.  This was not directly related to anything except his own level of vulnerability of being human.

Guilt can facilitate erectile dysfunction. Some experience guilt due to behavior that they have participated in.  Some of these behaviors can include the experience of other sexual activity, such as using pornography without consent, having an affair or even not pleasing one’s partner to their level of satisfaction.  As mentioned earlier, some of this guilt could have occurred as a result of something that was experienced during early relationships or childhood. Guilt can also happen as a result of strict religious upbringing regarding sexuality which can also lead to ED.

When an individual is depressed, this can lead to increases in a lack of desire and/or interest which can commonly result in high levels of erectile dysfunction as well. This depression can be a result of biology or it could be result of recent circumstances in the environment such as grief or loss, or even environmental changes such as moving, buying a house, getting sick, having illness, etc.

If one’s relationship is problematic, this can lead to resentment, which tends to lead to a lack of desire with their partner, which can lead to the decreased interest and functioning sexually. If one finds themselves sexually attracted to and/or able to get full erection while thinking about someone else than this also increases the likelihood that it is psychological issue, not a biological one.

All of these factors can also lead to low self-esteem, because in order to maintain erection one of the famous psychologist sex therapists, David Schnarch, supports the idea that do not expect your penis to stand up if you can’t…with your partner. A high level of psychological differentiation (being able to be strong enough to stand up for yourself and tolerate uncomfortableness while people are standing up for themselves) is required for good erection to occur in a sexual relationship.

Some of the self-esteem, and other issues may also relate to anxiety, which is probably one of the more common erectile dysfunction facilitators. Anxiety can be a result of performance anxiety (feeling pressured and on the spot).  It could be not knowing what the other person wants because the lack of communication or conversation regarding sexual behavior.  This can lead to a feeling of being not confident in that zone or area or not feeling confident enough to be a “penetrator” if penetration of the activity desired.

Watch out for environmental influence. For some individuals, it can be very difficult to maintain an erection when the children are crying, the lights are on, you think someone may be watching you or your in-laws are in the next room.  Realize that for some, these actually may facilitate a stronger erection.

Finally boredom is also an option for impacting sexual dysfunction as if the activity you are engaged in is no longer exciting or stimulating enough erections will no longer work or work well.

Grade 12 seems like a long time ago and perhaps your high school sweetheart relationship and maybe ... 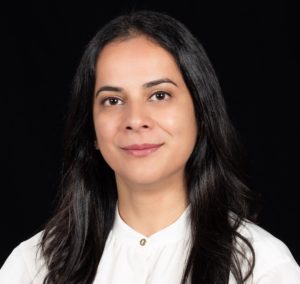