When shopping at my local grocery store this week I took a moment to look around and I noticed a variable mixing of different health benefits plastered across every carton and container. Some are ‘heart wise’, others ‘fortified’ with vitamins, or ‘no sugar added’ and so on. One common additive I’ve noted lately has been ‘omega-3’. It’s included in everything from eggs to fruit juices and even yogurt. Yet, have you ever taken a moment to ask why? Why is it so important that my eggs include omega-3?

Let’s take a historical perspective. Back in the days of hunters and gatherers, the main foods consumed were meat, fish, nuts, and seeds. These are all high in essential polyunsaturated fatty acids (omega-3 and omega-6). An approximate 1:1 ratio of each omega was consumed, which provided a needed benefit to brain and body development. However, if we fast-forward to today’s society, with the industrialization and processing of our foods, we are now consuming ratios of 1:10 omega3:omega-6.

Much of our modern day omega-6 consumption is coming from corn and soy-bean oil, found in many processed and packaged foods. Further, many animal meats are corn-fed, which unbalances their omega ratio and it is passed onto whomever consumes that meat. High amounts of omega-6 can lead to increased inflammatory markers in the body, which contributes to the development of heart disease, arthritis, diabetes, even depression. While small amounts of omega-6 are essential for health, it’s the over consumption that contributes to disease.

Omega-3 and omega-6 are considered ‘essential’, meaning we need them but the body cannot make them unless it’s consumed. A direct source of omega-3 comes from fatty fish such as salmon or tuna, an indirect source comes from seeds such as flax and walnut. In the latter case, the body has to convert the seeds to omega-3. This omega is divided into EPA and DHA. DHA is typically found in mother’s breast milk and is important for the brain and eye development of infants. EPA is important for heart health, blood sugar metabolism, and mood.

Omega-3 in comparable quantities to omega-6 is beneficial in the treatment of heart disease, ADHD, eye disorder, and even multiple sclerosis. For maximum therapeutic benefit they must act in appropriate ratio of each other, otherwise high amounts of omega-6 are pro-inflammatory leading to chronic health conditions.

With a firm understanding of the background and purpose of essential polyunsaturated fatty acids, the next step is to be able to use them in treatment. In the case of depression, it is evident that omega-3 deficiency plays a major role in its prevalence. Various studies have been conducted to analyze omega-3 benefits when used in a clinical setting. Marangell, Martinez, Zboyan, Kertz, Kim, and Puryear (2002) conducted a randomized, double-blind, placebo-controlled trial of the omega-3 fatty acid DHA in treating patients with major depression. The patients were assigned either 2 g/day DHA or placebo for 6 weeks. Subjects were assessed using the MADRS, the HDRS, and the Global Assessment of Functioning Scale.

There was no significant difference between the DHA and the placebo group. The results suggest, that while omega-3 has proven effective in treating depression, it is not DHA fatty acid that is beneficial; thus EPA must be further examined. A variety of other studies have closely studied the influence of EPA in treating depression (Marangell et al. 2002).

Peet and Horrobin (2002) conducted a randomized, double-blind study using a mixture of doses of ethyl-EPA in patients with chronic depression despite ongoing treatment with an adequate dose of a standard antidepressant. Subjects were randomized to placebo, 1 g/day, 2 g/day, or 4 g/day of ethyl-EPA for 12 weeks. Subjects were assessed using the MADRS, the HDRS, and the BDI. Two populations were assessed: the ITT, which included all those who were randomized, and the per-protocol (PP), which included the patients who had completed the 12 weeks of treatment.

The results demonstrated over 90% compliance in all treatment conditions. The majority of the adverse events recorded were due to gastrointestinal events, which affected 4 of the 18 in the placebo group and 20 of the 52 in the ethyl-EPA groups. These events were attributable to the intake of 4 g/day of an oily substance. The 1 g/day group showed a significant improvement in scores on the MADRS, HDRS, and the BDI when compared to the placebo. In the 2 g/day group, none of the measures approached significance. In the 4 g/day group, the comparisons approached significance in the PP population but not the ITT population. Thus, the study suggests that 1g/day of ethyl-EPA is an effective dosage to treat for the symptoms of depression (Peet and Horrobin 2002).

Aim to keep omega-3 and omega-6 in balance by reading labels and steering clear of corn and soy based oils. Consume more fatty fish, nuts and seeds; and if you consume meat choose free-range. There are many omega-3 and omega-6 supplements on the market. Be sure to speak to a health professional before starting any supplement to determine its safety and dosage for your health goals. here… 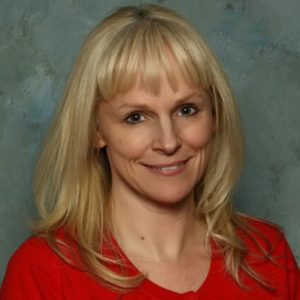