How to Deal with a Teen who has Compulsive Exercise Disorder

In the right amount, regular exercise is a good thing for the body. Exercise triggers the release of endorphins in the body. This hormone is responsible for the feeling of well-being that often comes after exercise, sex or eating chocolates. Called the endorphin rush, this has a number of beneficial effects for the body. Exercise strengthens the heart and the muscles, gets rid of unwanted weight and lowers the amount of fat in the body, as well as reduce the risk of diseases. All of these contribute to an overall sense of well being in the person.

Why teens over exercise.

In some cases, some teens over-exercise to lose weight or train for sports. Teens who are into sports may want to win a particular sporting event that they exceed the normal amount of harmless physical exercise that their bodies can take. Over exercising or overtraining can lead to fractures and muscle strains and sprains. Others may compulsively over exercise in an effort to lose weight right away especially if they feel frustrated with previous weight loss methods. Teens who over exercise may have unrealistic expectations about losing weight. The influence of magazines and TV shows that emphasize the benefits of being skinny may also affect a teenagers desire to lose weight right away.

Dealing with a teen who is suffering from compulsive exercise

Compulsive exercise in a teenager often comes coupled with an eating disorder and this can have potentially serious consequences when left unchecked. When suspecting that a child has this disorder, observe for several behaviors, such as rapid losses in weight, frequent weighing and frequent exercising. Putting exercise above schoolwork or friendships as well as showing anxiety when he or she misses an exercise session are signs of an obsession with exercise. When you suspect that this condition is present, inform a counselor or a psychologist and see a doctor to have your teen checked. Lack of nutrition due to not eating and too much exercise can lead to a number of physiological problems later on which can even prove fatal.

The presence of this disorder can also threaten the teens relationships with others in the family or with friends and can prevent the teen from functioning effectively in school, at work or in the home. Therapy is the best way to deal with this disorder. It uses counselling to uncover the underlying causes for the obsession with exercise as well as medications to control the obsessive or compulsive actions. Cognitive behavioral therapy has been proven effective in treating obsessive compulsive disorders by changing the persons beliefs and thinking patterns.

A supportive network of family and friends is also important when it comes to treating a person with an obsessive compulsive desire to exercise. Intervention is often necessary for some people who either do not know they have a problem or are having a tough time accepting that they have a problem. When the disorder reaches a point where it can lead to serious physical harm, an intervention is in order.

Grade 12 seems like a long time ago and perhaps your high school sweetheart relationship and maybe ... 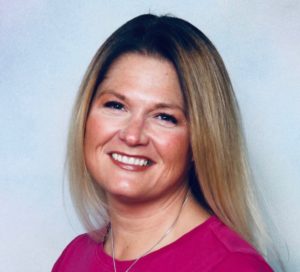